Rendering lard at home is incredibly easy, and the results are well worth the extra effort.

How to Render Lard:

– High Quality Pig Fat (cut into small pieces) If you are not processing your own hog, ask your butcher to set aside your fat.

-Something to store the lard in (quart jars)

Cut the fat into small pieces. Our fat was frozen, making it easier to work with.

Fill the slower cooker with the fat and add 1/4 C water. Cook the fat at a low temperature for several hours. Stir frequently, and do not allow the fat to get hot enough to boil. If the fat gets too hot it will impart a pork flavor to the finished product and will be more brown than white. It takes time, but the fat and solid bits will begin to separate.

Once the fat has completely separated from the cracklings (the brown bits that remain) strain out the solids and store the lard.

It is really that easy!

In theory, lard is shelf stable. The rendering process removes everything but the fat. However, I would hate for my hard work to go rancid, so I store my lard in the fridge in glass quart jars.

Use in place of cooking oil, or in place of butter or shortening in biscuits or pie crust.

I knew next to nothing about cooking with lard (and other natural animal fats) until recently. However, I am really impressed. It only takes a very small amount, and my food tastes amazing.

If nothing else, it is really good for my pans!

In my kitchen, I prefer traditional fats. Lard, tallow, butter, coconut oil, olive oil, and avocado oil. I do not use or consume any corn oil, soy oil, or canola oil.

In short, olives and coconuts are pressed and release oil, compared to soy or canola which require “extraction.” I encourage you to compare the pressing of olives to the manufacture of “healthy” canola oil.  The process to extract canola includes sodium hydroxide and bleach. Canola has only been grown in North America for 30 years. I digress, this is a post about lard, but check this out.

While rendering lard takes a bit of time, when you compare it to the processing of vegetable oils, it is incredibly simple. Because we already purchased and processed a whole hog, of course we should make the best use of the fat. It just makes sense to me that food should be so simple. 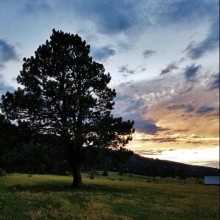